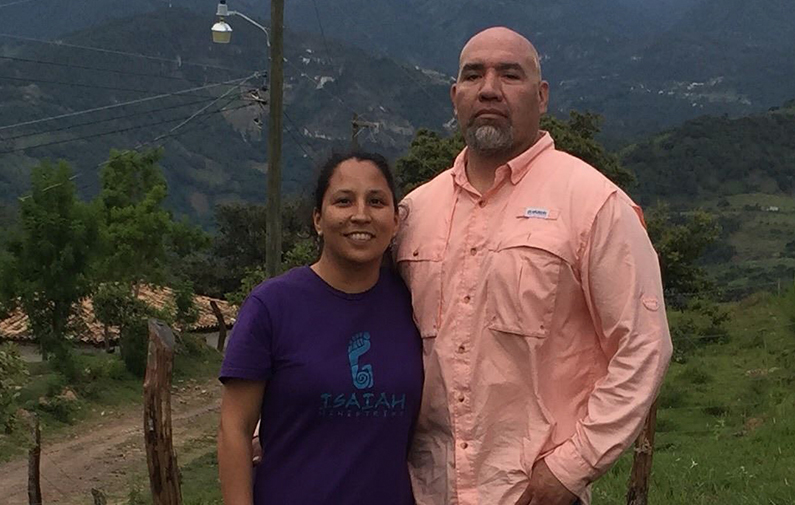 Billy and Inez met in 1996 and married in 1999. God placed the call to missions on Inez’ heart shortly after they were married. While at the University of Mary-Hardin Baylor, God first called Inez to cross-cultural mission work. As with many examples in biblical history, her calling came long before God would present the perfect opportunity. For 14 years Inez waited, and even questioned her call to missions.

Meanwhile, God was actively at work on Inez and Billy, moving mountains and shaping the couple, from the inside out, to the point of being humbly and whole-heartedly ready for the journey set before them.

In early 2014, Billy was called to preach in local prisons and was shown by God how he can reach without fear into the darkest of places to share the message of God’s redemption and hope. Around the same time, during a missions fair at FBCMF, God inspired the opportunity for Billy to hear from a missionary family from South America, opening his heart to cross-cultural mission work. In a long-delayed turn of events, Billy brought this inspiration home to Inez who had set the idea aside many years prior.

God did a wonderful work in the Perez family, who, through prayerful submission to his calling, turned their hearts to missions together. In October of 2014, Billy went on a short-term medical mission trip to Honduras and completely felt within his spirit that God was calling him to the Lenca people group. Shortly thereafter, Inez, embarked on a mission to the islands of San Andres, Colombia. These separate trips provided the assurance that the calling to missions was absolute and unavoidable in God’s plan for the Perez family: Billy, Inez, and their children committed to the mission calling in Honduras.
​
In January through November 2015, Billy and Inez underwent missions training classes, Panorama, through First Baptist Church Marble Falls.
In October of 2015, they scouted Gracias, Lempira Honduras – and surrounding villages. Billy even visited a prison, which is nothing like those within the United States. Such diversity, poverty, and struggle may drive some people away, but when Billy and Inez experienced God’s invitation to join where He is at work, they saw that “the harvest was plentiful and the workers were few” (Luke 10:2) and sensed God’s confirming “marching orders” to go.
​